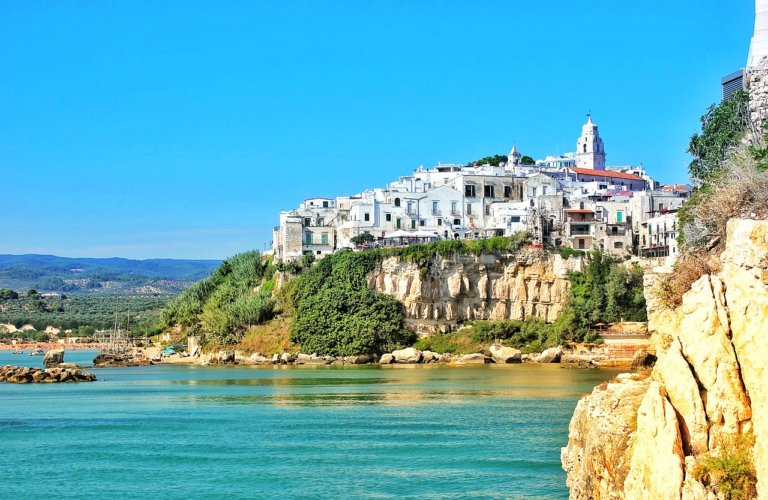 The historic center of Vieste, commonly called "Vieste Vecchia", stands compactly on a rock overlooking the sea which extends from the beach of the castle to that of the "small marina" crossing the thin strip of land of "Punta San Francesco".
The ancient village, of medieval origin, has kept its original characteristics almost intact, with its characteristic irregular alleys, the squares/belvedere (open to the view of the sea) and the terraced houses marked in the prospectus by small galleries/balconies (mignali) and united in correspondence with the streets by small and characteristic arches.
Inside the ancient city walls, the architectural fabric becomes very dense and marked by a maze of alleys, partly with steps. The palaces, churches and minute residential building types appear compact and massive, almost as if they were a single building. 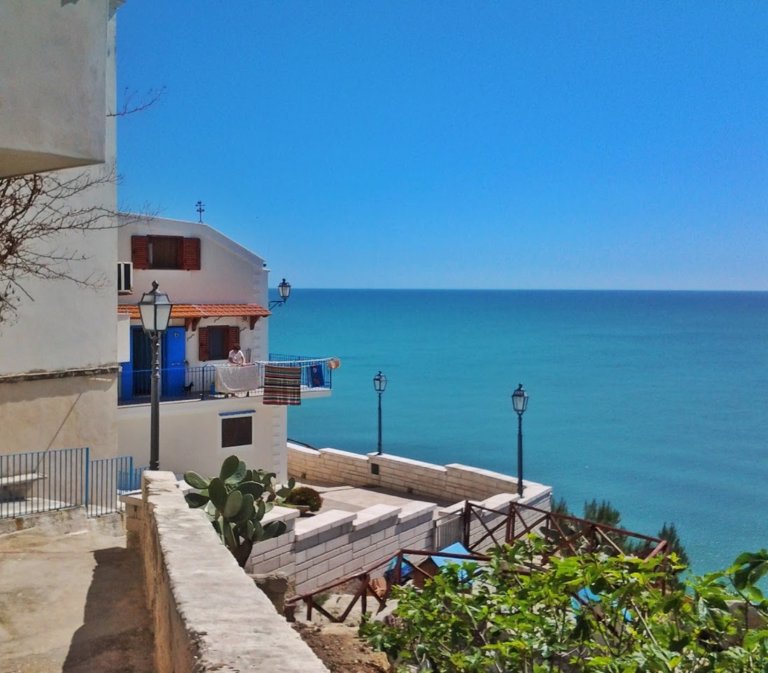 The “Ad Alt” gate, the Castle and the Cathedral of Vieste 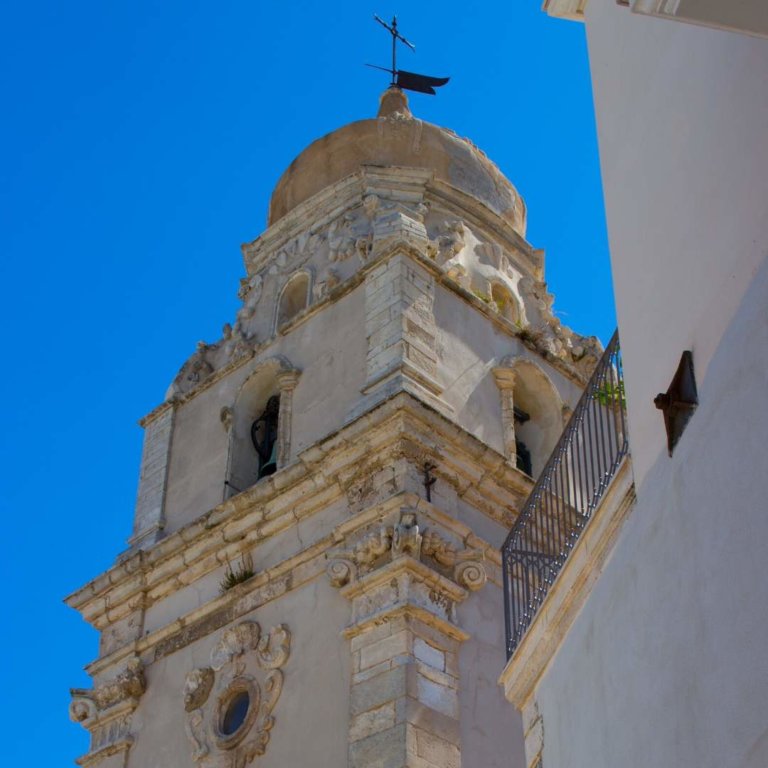 In the highest area of ​​the historic center of Vieste, after passing the "Ad alt" gate, we find the main buildings, the castle and cathedral, dating back to the Middle Ages. A few meters from the cathedral we find “the Chianca Amara”, stone / monument on which women, old people and children were killed in the year 1554, during a raid by the hordes of the bloodthirsty Turkish pirate Draguth Rais.

Via Judeca and the bank of Vieste 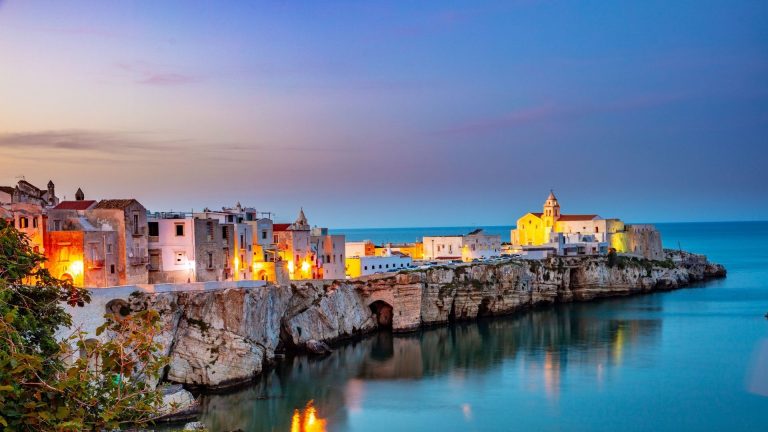 Continuing south-east we find via Judeca and the ancient Jewish ghetto. This part of the village extends over the steep shore of the sea creating an incredible contrast between the immensity of the Adriatic and the ancient town that dominates it overlooking it. Stairs lead us to sea level, to the "Ripa", which had the ancient function of a natural port, a real gateway to the city at a time when the lack of roads made moving by sea a necessity, thus making commercial exchanges very frequent with the inhabitants of today's Croatia. The earthquake of 1838 caused the collapse of a part of this area, redesigning the profile of the town and the cliff. This small casbah, which survived from the times of the Saracen invasions, was built with the spontaneous logic of those who over the centuries have thought of weaving human relationships before building architectures, succeeding very well on both fronts.

Piazza del Seggio, the small square in the historic center of Vieste 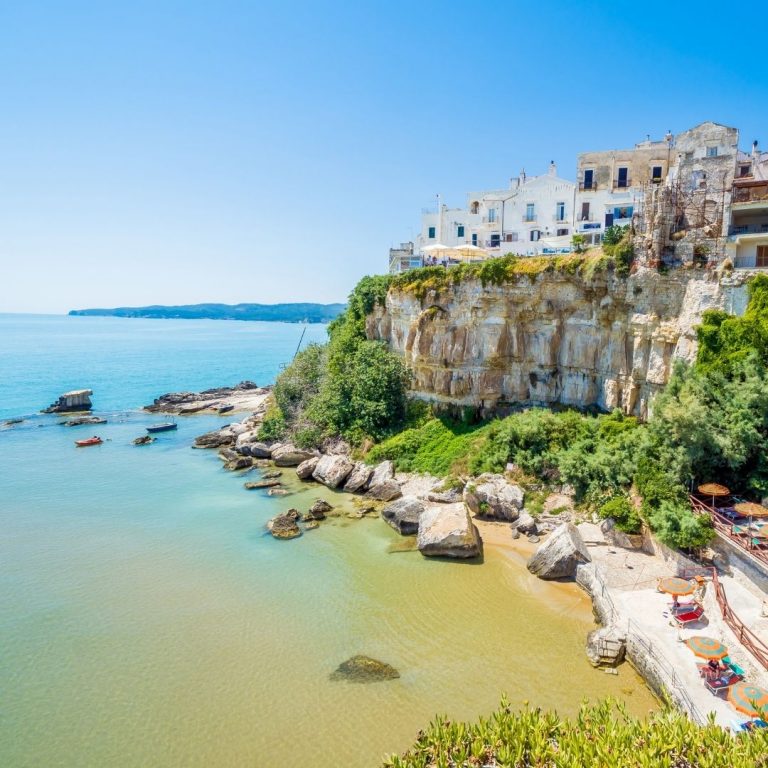 Going north, going down the stairs of Via Vesta, we arrive at Piazzetta del Seggio, also on the overhang of the Ripa. The Seggio or Sedile di S. Giorgio (currently the site of a hotel) was a low building, with a square base, onto which two large arches opened, and was surmounted by a tower with a clock. It was once the town hall.

Continuing we meet the small church of San Pietro d'Alcantara and then Punta San Francesco, the beautiful peninsula with the characteristic religious complex dating back to 1438

Little frequented during the year, in summer the narrow streets of the historic center are filled with bazaars and shops (located in the former stables) where it is possible to find local handicrafts (mainly terracotta, ceramic and Lecce stone objects) and various souvenirs and provenance. 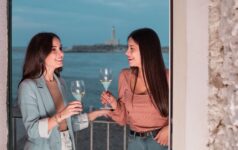 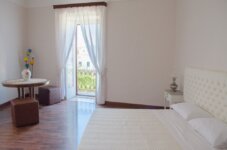 Apartment in the center in a historic building 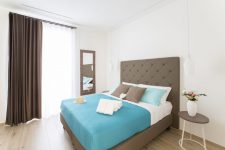 The B&B Rais Luxury Rooms is in the center of Vieste,… 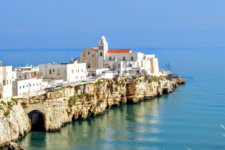 Exploring the historic center of Vieste you cannot miss a visit… 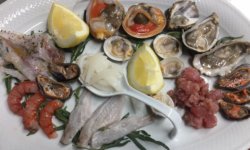 Typical restaurant in the historic center of Vieste 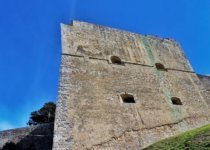 The Castle of Vieste

The Swabian castle of Vieste stands on the edge of the historic centre, on… 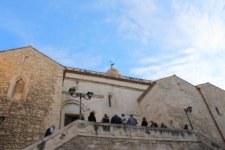 The Cathedral of Vieste 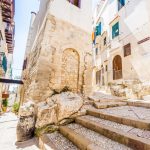 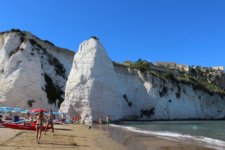 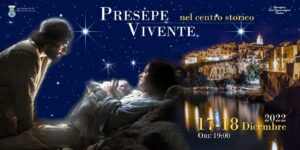 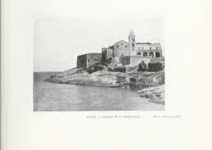 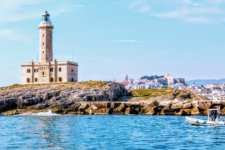 The Lighthouse of Vieste

The Lighthouse of Vieste, which can be admired from most of the city, stands on the islet…